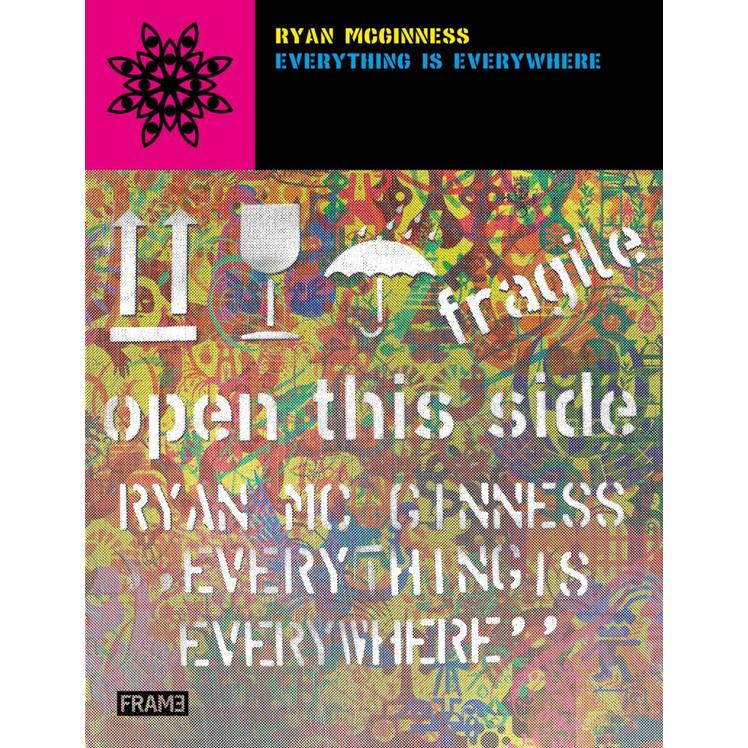 Everything Is Everywhere by Ryan McGinness

Everything Is Everywhere is the latest book of artist Ryan McGinness.

The book features new paintings and sculptures from different bodies of work – Mindscapes, Blackholes and Women – as well as site-specific work made for the pages of this book.

Reproductions of reproductions fold in on themselves as McGinness treats the metadata captions about the work with as much (or even more) importance as the reproduced works they describe. Hand drawings, paintings, monoprints and installations are digitised with homogeneous symbols and icons. These symbols together do not have a clear narrative, giving the reader the possibility of numerous subjective interpretations. Adventurous typography is employed throughout with incongruous phrases and texts culled from the artist’s sketchbooks. The stunning juxtapositions of all these elements create a textured and vividly explosive book that requires multiple visits.

Ryan McGinness is an American artist, living and working in New York. He grew up in the surf and skate culture of Virginia Beach and studied at Carnegie Mellon University in Pittsburgh, where he interned at the Andy Warhol Museum. Known for his original extensive vocabulary of graphic drawings that use the visual language of public signage, corporate logos and contemporary iconography, McGinness creates paintings, sculptures, installations and books. Concerned with the perceived value of forms, McGinness is interested in assuming the power of this visual language in order to share personal expressions. 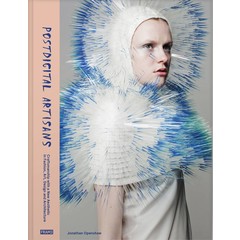 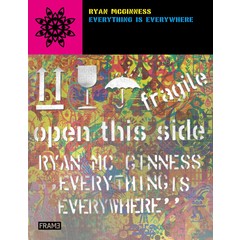